Put something nice about your company here...

Login to check your balance or redeem rewards

Oberer's Flowers roots did not begin with flowers, but vegetables

Oberer's Flowers beginning goes back to the 1890s when Carl Oberer, an immigrant from Germany bought a plot of land north of Dayton on Troy Pike and started growing vegetables. He grew lettuce, tomatoes, carrots, and sold them at market in downtown Dayton. This was called "truck gardening" which contrary to common belief has nothing to do with trucks at all. An old meaning of the word "truck", derived from the French word torquer, is "to barter or exchange". It wasn't long before Carl gained reputation for having the best tasting vegetables in the city. Along with the produce Carl and his family grew flowers that were also sold at market. As time went on and his family grew, he found that people couldn't get enough flowers and they sold in larger quantities than the vegetables. In 1921 the decision was made to clear the fields and start erecting greenhouses for the purpose of solely growing flowers. The family studied growing flowers and learned the trade of flower designing, and by 1922 Oberer's Truck garden came to an end and Oberer's Flowers was born.

By the 1920s Oberer's Flowers was in full swing. As the business grew the whole family became involved. The three sons, Gerhard, Roy and Carl along with their sisters, Caroline, Viola, Matilda and Alma all had their duties. As they married, their spouses and children would become involved in growing the business, and grow it certainly did!  Year after year, customer after customer, Oberer's became the leading florist in Dayton.

Richard Oberer continued in the family business by building upon the foundation of what his grandfather, father and uncles cultivated.  He graduated Magna Cum Laude with a degree in horticulture from The Ohio State University.  Upon graduating Richard returned to the family business with his freshly honed skills, and his new wife, Ann.  Together they enriched the thriving florist.  Richard was a leading pioneer in the floral industry.   Known for his inventive mind, he crafted ways to make the job more efficient.  He created products, such as the Charming Glow, and his invention of the Fireside Basket is a nationally known, main stream design concept still used today.  He expanded the family business into grocery stores, and hospitals.

Ever trying to improve, and provide the highest quality products and designs, in the 1970s Richard developed a plan to purchase worldwide.  Becoming the first florist to import goods, buying direct from both growers and manufacturers.  He changed the family’s beloved industry for the better. 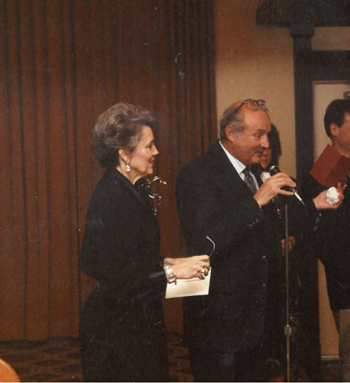 Richard phased himself out and Ann took control.  She implemented computerized bookkeeping and cost accounting to streamline the finances,   Known as the “numbers gal”, she set spending caps for perishables, hard goods, and payroll.  She implemented paid time off, and a generous performance bonus package.   She soon was working hand in hand with her son, Randy Oberer, delegating many of the day to day responsibilities to him.  Randy seamlessly transitioned into CEO, and owner. 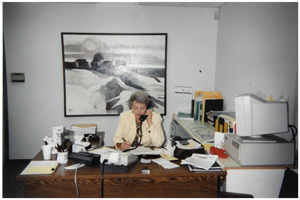 “Maverick of the Floral Industry”

At the beginning of Randy Oberer’s career, he was known for the ability to exact perfect blends of color and line to create artful and magnificent floral pieces.  He had a large and loyal following of customers clamoring for his work, including floral centerpieces used at the Oscars, and the world renowned Dayton Peace Accords.  As time went on he established himself as not only creative, but a visionary in the floral industry, with a savvy business sense.  His unique perspective set trends, and he rarely prescribed to the “Florist” status quo.

Seldom are both of these skills dominate and meshed so superbly. 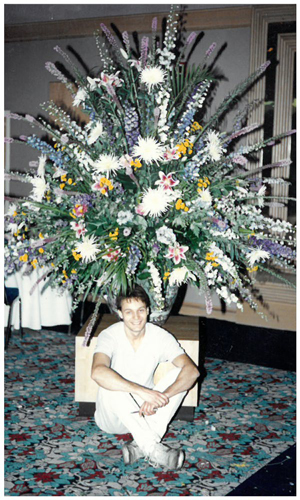 “The Man and His Camera”

Randy understood technology would play a significant role in business.  He realized he had the most beautiful flowers, and plants to photograph for the consumer.  Decades ago, he purchased a digital camera, began photographing his work and created oberers.com.  With technological support from Greg Turner, he took total control of the visual look.  Randy used this platform to personalize designs and products uniquely Oberer’s to showcase for his customers.   A new way of doing business was born.  He would design an original bouquet special, with the freshest farm purchased flowers, and immediately market and sell them to his customers.  He felt consumers should be confident what they saw in the picture, would be what was delivered to the customer.  The practice is heavily followed to this day by Oberer’s Flowers. 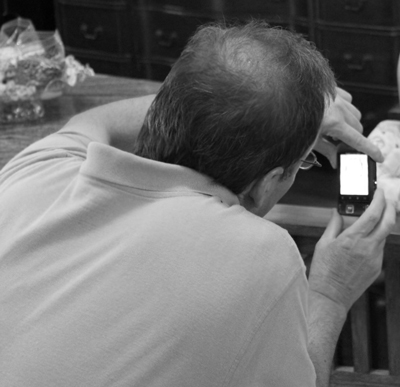 “Expansion and dominating the market”

As time went on the business utilized their success as building blocks.  Expanding its’ operation in Ohio, Indiana, and Kentucky.

Randy passed away unexpectedly on Friday, March 9, 2018, but his detailed plans, ideas and concepts live on.   For as luck would have it, the flowers and extended family continue the quest.  Keith Fields, Greg Turner and the talented staff of Oberer’s Flowers always embrace new challenges, keeping the old family traditions near to heart.  We thank our customers, and all who have contributed to our history.  Their loyalty, dedication, and passion have made us what we are today, and we are humbly grateful. We didn't become the 5th largest florist in the United States because it's what we set out to do. It is the direct result of what happens when a single customer recommended to a friend they buy flowers from Mr. Oberer back in 1921. We've never forgotten the power of a single customer, and that's why you can be certain that we'll handle your order the way we handled our very first. Like it's our most important!